A recent piece in Ephemeral New York finds that incline along William Street in the Financial District is not only the best place in Manhattan to build a datacenter, it’s also the probable location of Golden Hill, a Revolutionary-era enclave which was the site of the first bloody conflict of the Revolutionary War. 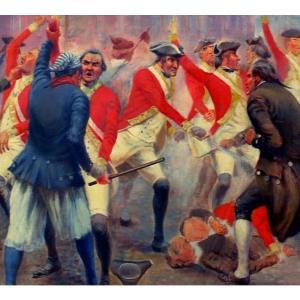 The conflict at Golden Hill took place two months prior to the Boston Massacre, according to Old World NYC. The source of the conflict was the presence of liberty poles, which didn’t sit too well with British forces. These days, a similar disagreement might arise, but we would like to think it would be over who offers the best sub-millisecond access.