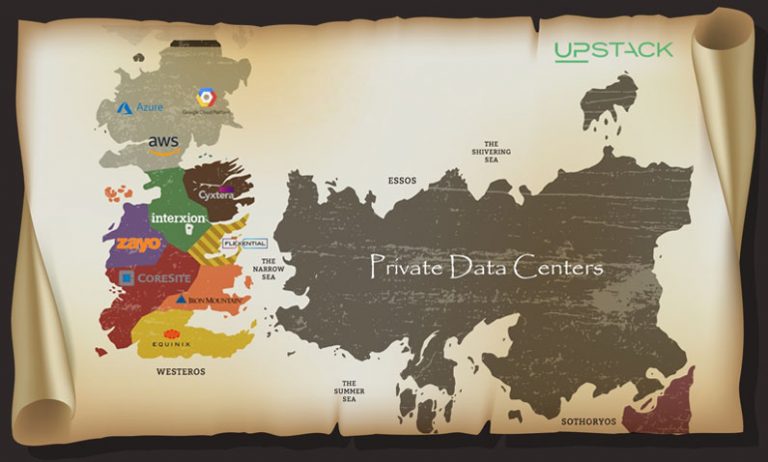 Upstack is one of our partners and provides businesses with the first modern SaaS platform for procuring data center services. In this blog, which first appeared on the Upstack website, they draw an interesting analogy between Game of Thrones and the world of  hybrid IT. NYI is right on board with their thinking.

Team UpStack loves Game of Thrones. We’ve been pouring over fan theories in preparation for the final season and we’ve found one we can all get behind. GoT is complex, interesting, and about more than black and white solutions. If we know one thing, it’s that expectations are made to be upended on this show, and we see a similar narrative at play in the world of IT infrastructure.

Warning: This post contains spoilers for Game of Thrones.

It is FINALLY time talk about Game of Thrones. Over the last few weeks, we have rewatched all 77 episodes…and yes, for those who are counting that is 3,770 minutes of glorious television. We’ve also argued endlessly about what we think is going to happen now that the show is drawing to a close. We take two things very seriously here at UpStack: GoT and colocation.

There are so many fan theories to choose from. What is going to happen now that the wall is busted and the Night King and his floppy-dead minions are bearing down on the rest of Westeros? Well, to some of us it’s clear that a girl does have a name and she is definitely going to use Jamie’s face to take down Cersei! That there’s no way Tyrion is actually a Targaryen, and Sam…Sam cannot be the Prince That Was Promised…right? Right?!

There is one theory that the UpStack team has unanimously agreed on: the Night King and his White Walkers are not actually determined to destroy all of humanity – they’re actually after the magic that started their curse in the first place. If you believe this theory, you believe that they’re hell bent on destroying a magical tree, of all things. If that’s true, we say: Learn to work with them or get out of their way, good people of Westeros!

It’s a theory that originated on Reddit and has gathered a bit of a following. What we’re on board with here is that this whole series and its web of character arcs can’t POSSIBLY be building to a simple battle of good vs evil. It’s just not GRRM’s way. Good vs evil is a tired narrative. Nobody is ALL bad or ALL good on this show (admit it, you’re rooting for Jamie Lannister now, aren’t you?). It’s part of what makes this show so fun to watch. So why would we be headed for a simple white-hat/black-hat showdown?

That’s why we see real life analogies between MrSilenceT’s theory and how IT infrastructure is evolving! (Forgive us for bringing data centers into this – it’s the only thing aside from Game of Thrones that we talk about around here.) Anyway, like all good stories, GoT builds on truths about our human world while also upending our expectations.

Here are some truths that we know about the future of data centers:

Hybrid cloud = a mix of public and private cloud services

In other words, the future lives in third party data centers! This is an underlying truth in our industry, even if not everyone has connected the dots just yet.

There is a narrative that assumes that colocation companies, like the main Houses of Westeros, are duking it out without acknowledging the threat of ‘The Public Cloud’ beyond the Wall to their business. They’ve heard rumors about the threat, but are focused elsewhere (like Cersei before – and after! – seeing a Wight). Even if they choose to rely on Daenerys and her ‘Private Cloud’ to enter from the south with an alternative style of rule, it’s simply too late. The wall is breached after all! If this is true, the outcome seems inevitable:

“Data centers will die! The cloud will win! Gartner says so!”

Could it be true?!??! We totally understand the temptation to say “Yes!”

The Public Cloud isn’t out to destroy colo

Here’s the thing, the Public Cloud isn’t out to destroy colo, just like the Night King isn’t totally evil. Remember: one of his lieutenants spared Sam while he sat pathetically in the snow. While it is funnier to just superimpose Jeff Bezos’ face on the body of the Night King and claim that the “Winter of Cloud Computing” is coming (see below, because we can’t help ourselves), we don’t think the story is that simple. Perhaps the Public Cloud companies NEED third party data center companies to create the future that is promised. 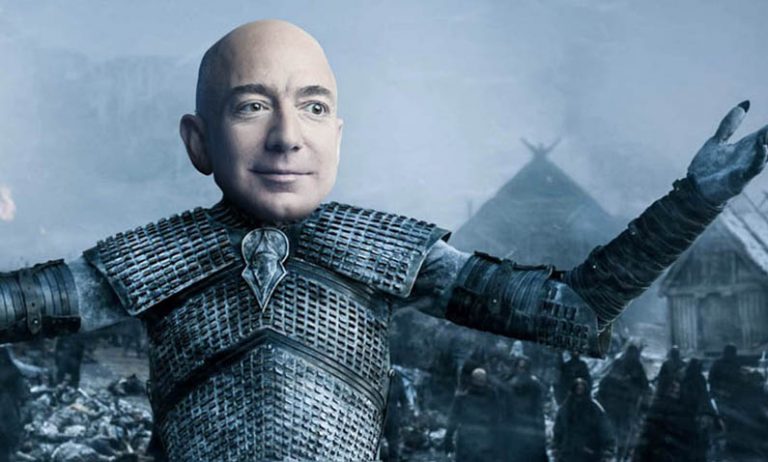 In truth, Public Cloud providers are showing indications that they too believe third-party data centers have a part to play in the future of IT. It turns out enterprise companies are not going to sit by as their cloud computing costs rise without end. Last year, Amazon announced AWS Outposts, which will bring native AWS infrastructure out of their own data centers and into yours (whether owned or third-party colo). They follow Microsoft’s Azure Stack and Google’s GKE On-Prem. This is a clear signal that the Hybrid future is coming to pass. It’s “Game of Thrones,” not “Game of A Single Throne.” after all. The Bezos Night King wants in on your enterprise needs, and to do so, he’s willing to end the fighting and take care of his wight VMs.

While it isn’t quite bending the knee, it is good news for the Seven Kingdoms. In the real world, the colocation companies have wizened to this and are actively inviting the Public Cloud White Walkers into their data centers. A vibrant ecosystem of interconnected players within a single castle – connected to a global network of other such ecosystems. This is what will drive future growth for all of the Kings and Queens on the board. Jeff and Co. are bringing their own thrones to the Red Keep, with enough space for all the Houses to be represented.

So if there’s not a single winner, what are all of the lords and ladies of the IT world supposed to do? Luckily, the hybrid future means you don’t have to pick a single side. You can house your legacy applications in a nice stack of servers in a corner of King’s Landing (with a view of Blackwater Bay even), where you’re also able to lean on Daenerys and her private cloud legion for your stable cloud-ready applications. AND you can run down the street to haggle with the local Public Cloud-White Walker when you need a burst of additional computing power.

What about when Littlefinger comes back to cause trouble? You’ll need a disaster recovery plan when that threat arises! Move a second set of your same applications and data to Winterfell and connect them via the backbone of the Kingsroad. Your bosses will call you King of BOTH the North and South when it comes time for a live failover. Remember that “chaos is a ladder” – be ready to climb it.

Where does UpStack fit in all of this? We’ll be your own personal Maester – shuttling information back and forth via raven and getting you the data you need at speeds otherwise impossible when your current mode of travel is Ox and Cart. Want to compare quotes and specs for space in the Iron Islands vs Braavos? Highgarden vs Casterly Rock? Ask us and we’ll get you what you need. And, yes, we will translate quotes into the Common Tongue so you can compare your pricing and specifications on an apples-to-apples basis. We’ll even talk you through it and help you analyze whose castles will withstand the next assault.

We’re clearly excited for season 8. We’ve watched this story play out in our industry and we know Fire and Ice can work together given the right setting. We’re SURE the writers won’t disappoint. Heck, maybe they’ve been listening to the IT Teams making it happen behind the scenes. Would it be that bad to end the series with an actual game of royal musical chairs? Certainly preferable to eye gouging or being eaten by a dog, we think.Enjoy the show!

UpStack, a SaaS-enabled marketplace, is changing the way IT professionals, sellers, and consultants buy and sell colocation and network services across the globe. Our mission is to bring transparency to the evaluation process, by level-setting pricing, standardizing RFQs, and automating colocation quotes.